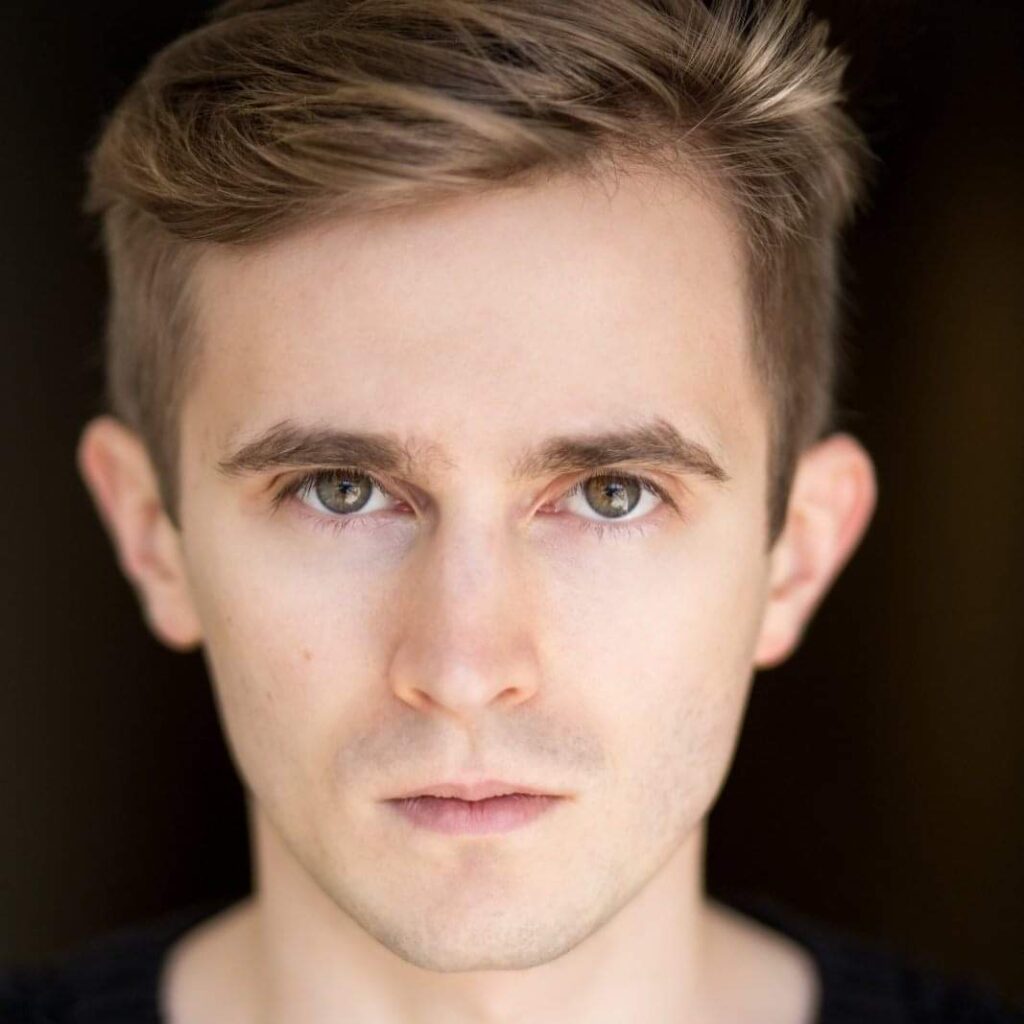 Volodymyr is a practitioner of Meisner acting technique that gives his acting an incredible spontaneity and truthfulness. Always in the moment – that’s our Zubkov. A man-chameleon, who knows how to become a different person on stage. When Zubkov is on stage you can’t take your eyes off him, he doesn’t act – he lives.

Thanks to his leading performance in “Swipe Left” the play received an award at the theatre festival Homo Ludens 2019.

In ProEnglish Theatre acted in:

he was also a lead in the short movie in English: